Every new architecture that comes out, either iOS or Android, makes me very excited. I’m always looking for ways to structure apps in a better way. But after some times, I see that we’re too creative in creating architecture, aka constraint, that is too far away from the platform that we’re building. I often think “If we’re going too far from the system, then it’s very hard to go back”

I like things that embrace the system. One of them is Coordinator which helps in encapsulation and navigation. Thanks to my friend Vadym for showing me Coordinator in action. 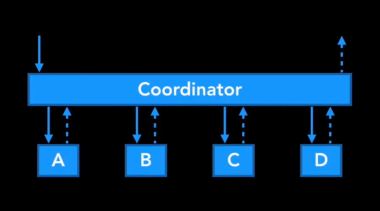 But after reading A Better MVC, I think we can leverage view controller containment to do navigation using UIViewController only.

Since I tend to call view controllers as LoginController, ProfileController, ... and the term flow to group those related screens, what should we call a Coordinator that inherits from UIViewController 🤔 Let’s call it FlowController 😎 .

The name is not that important, but the concept is simple. FlowController was also inspired by this Flow Controllers on iOS for a Better Navigation Control back in 2014. The idea is from awesome iOS people, this is just a sum up from my experience 😇

«UIViewController is the center of the universe.»

Here is how to declare AppFlowController in AppDelegate

Here are some hypothetical FlowController that you may encounter

The cool thing about FlowController is it makes your code very self contained, and grouped by features. So it’s easy to move all related things to its own package if you like.

In general, a view controller should manage either sequence or UI, but not both.

Instead the FlowController can carry all the dependencies needed for that whole flow, so it can pass down to the view controller if needed.

With Coordinator, you need to keep an array of child Coordinators, and maybe use address (=== operator) to identify them

And see in action how AppFlowController work with adding

and with removing when the child FlowController finishes

5. AppFlowController does not need to know about UIWindow

Usually you have an AppCoordinator, which is held by AppDelegate, as the root of your Coordinator chain. Based on login status, it will determine which LoginController or MainController will be set as the rootViewController, in order to do that, it needs to be injected a UIWindow

You can guess that in the start method of AppCoordinator, it must set rootViewController before window?.makeKeyAndVisible() is called.

6. LoginFlowController can manage its own flow

Sometimes we want a quick way to bubble up message to parent Coordinator, one way to do that is to replicate UIResponder chain using associated object and protocol extensions, like Inter-connect with Coordinator

Since FlowController is UIViewController, which inherits from UIResponder, responder chain happens out of the box

Responder objects—that is, instances of UIResponder—constitute the event-handling backbone of a UIKit app. Many key objects are also responders, including the UIApplication object, UIViewController objects, and all UIView objects (which includes UIWindow). As events occur, UIKit dispatches them to your app’s responder objects for handling.

As in A Better MVC, Part 2: Fixing Encapsulation

When implementing a custom container view controller, you can use this method to change the traits of any embedded child view controllers to something more appropriate for your layout. Making such a change alters other view controller behaviors associated with that child

Or creating a class called NavigationController that inside manages a list of child coordinators. Like in Navigation coordinators

Another approach is to use closure as callback, as proposed by @merowing_, and also in his post Improve your iOS Architecture with FlowControllers

Using closures as triggers rather than delegate allows for more readable and specialized implementation, and multiple contexts

TBD. In the mean while, here are some readings about the UX

When to use function vs property in Swift

How to use CoreData safely

How to pass ObservedObject as parameter in SwiftUI

How to do equal width in SwiftUI

What define a good developer