Today I was migrating Imaginary to Swift 4. But I get 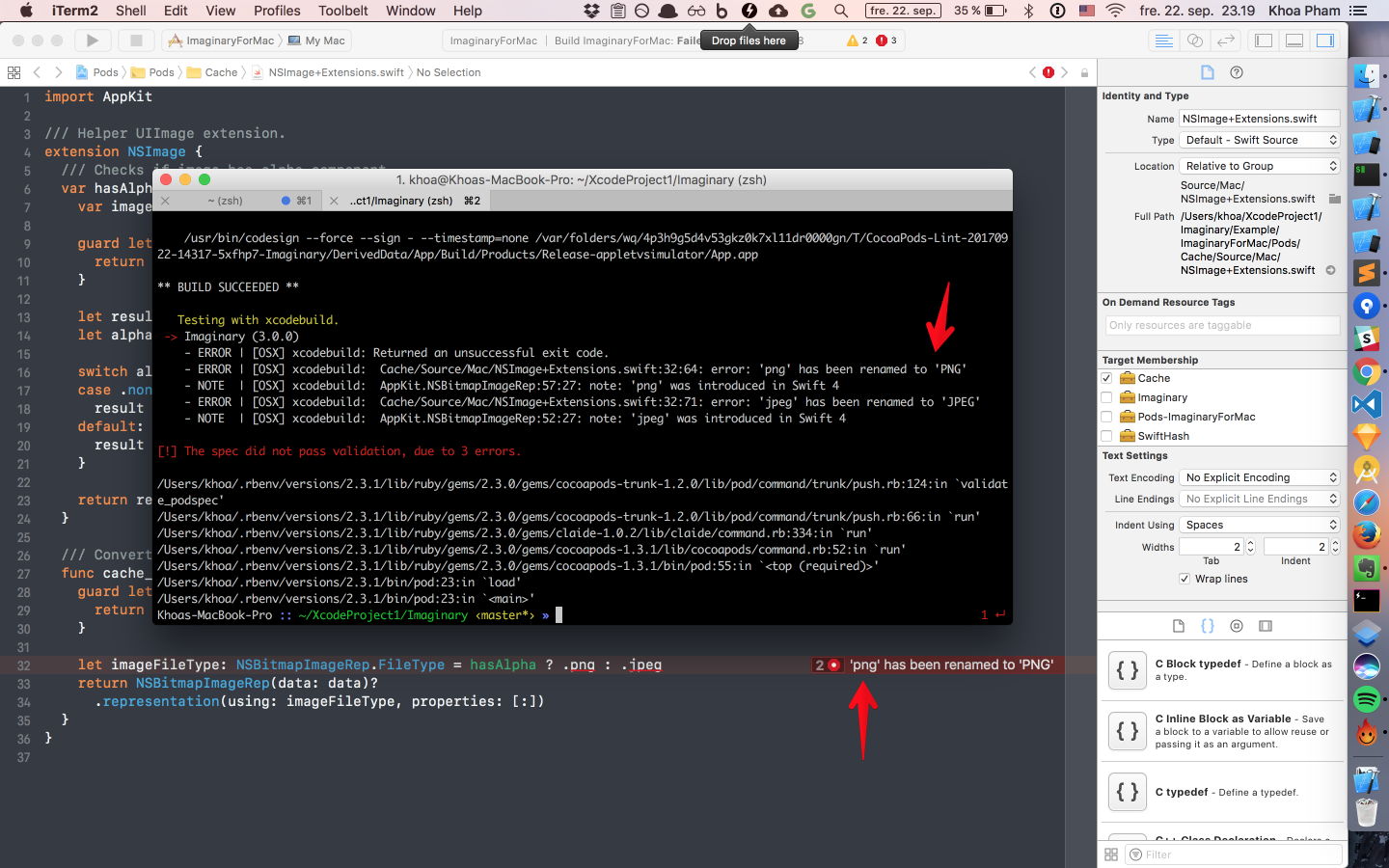 The project is configured to use Swift 4 and its dependency Cache correctly uses .png and .jpeg https://github.com/hyperoslo/Cache/blob/master/Source/Mac/NSImage%2BExtensions.swift