iOS 13 introduced Dark Mode with User Interface Style that makes it easy to support dark and light theme in our apps. Before we dive in, here are some official resources

Choose colors with names like labelColor. These semantic colors convey the intended use of the color, rather than specific color values. When designing user interface, we should consult Apple Human Interface Guideline for design practices. Here is about Color 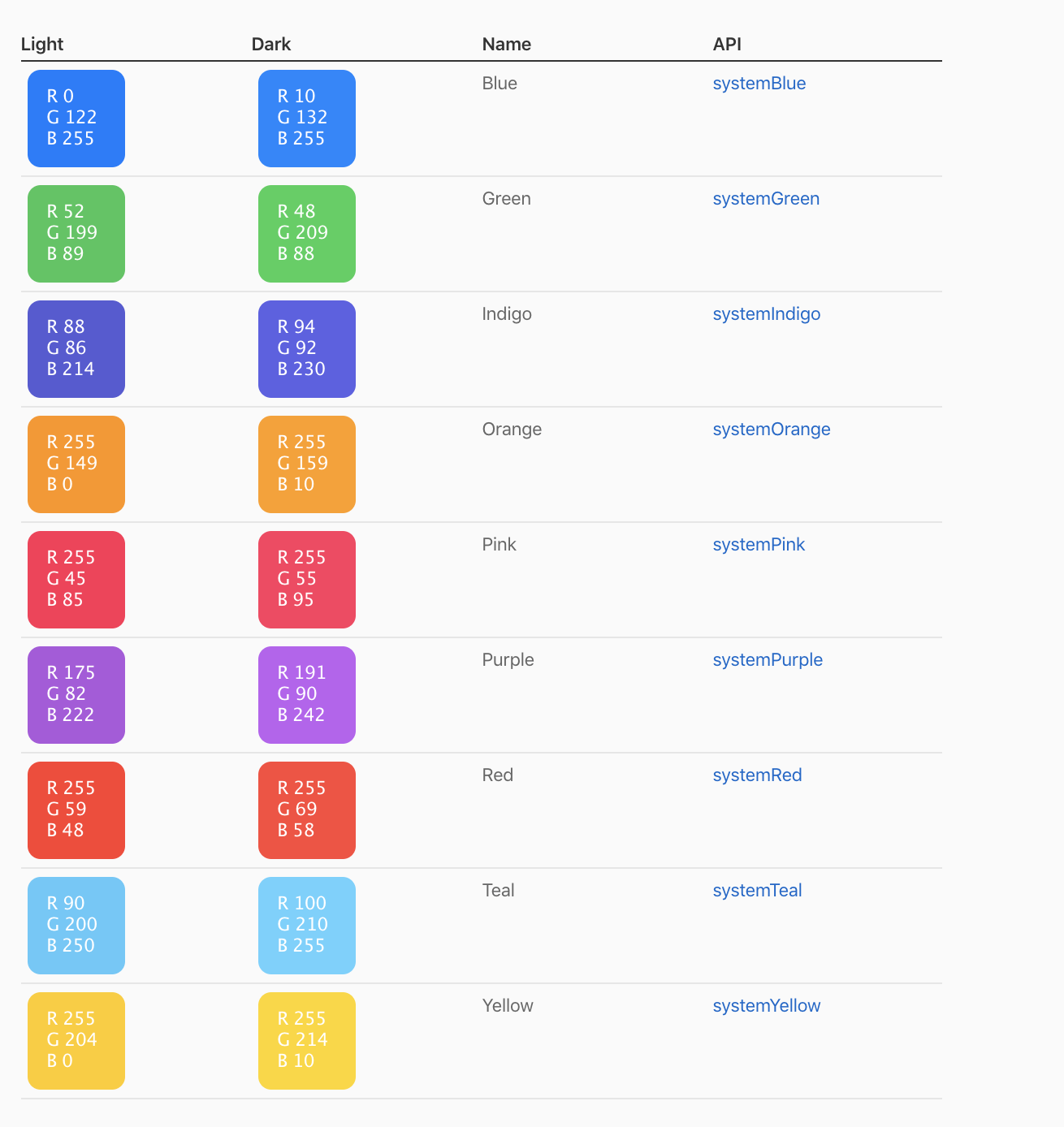 In addition to tint colors, iOS also provides semantically defined system colors that automatically adapt to both light and dark modes. A semantic color conveys its purpose rather than its appearance or color values. For example, iOS defines colors for use in background areas and for foreground content, such as labels, separators, and fill.

With both sets of background colors, you generally use the variants to indicate hierarchy in the following ways:

When selecting color in Storyboard, you can see a list of system colors, which suit your need most of the time.

We can define color, and also images for different user interface style. We can also check High Contrast option to have an option for accessibility color

We can access them by name. A tip is to use tools like SwiftGen that provides compile time type safe values instead of using string.

UIColor has new init method init(dynamicProvider:) to create a color object whose component values change based on the currently active traits

NSColor also has a new init with dynamicProvider, starting from macOS 10.15

I usually use bestMatch to quickly check appearance on macOS

How dynamic color is resolved#

The iOS trait environment is exposed though the traitCollection property of the UITraitEnvironment protocol. This protocol is adopted by the following classes: UIScreen, UIWindow, UIViewController, UIPresentationController, and UIView.

When the user changes the system appearance, the system automatically asks each window and view to redraw itself. During this process, the system calls several well-known methods for both macOS and iOS, listed in the following table, to update your content. The system updates the trait environment before calling these methods, so if you make all of your appearance-sensitive changes in them, your app updates itself correctly. 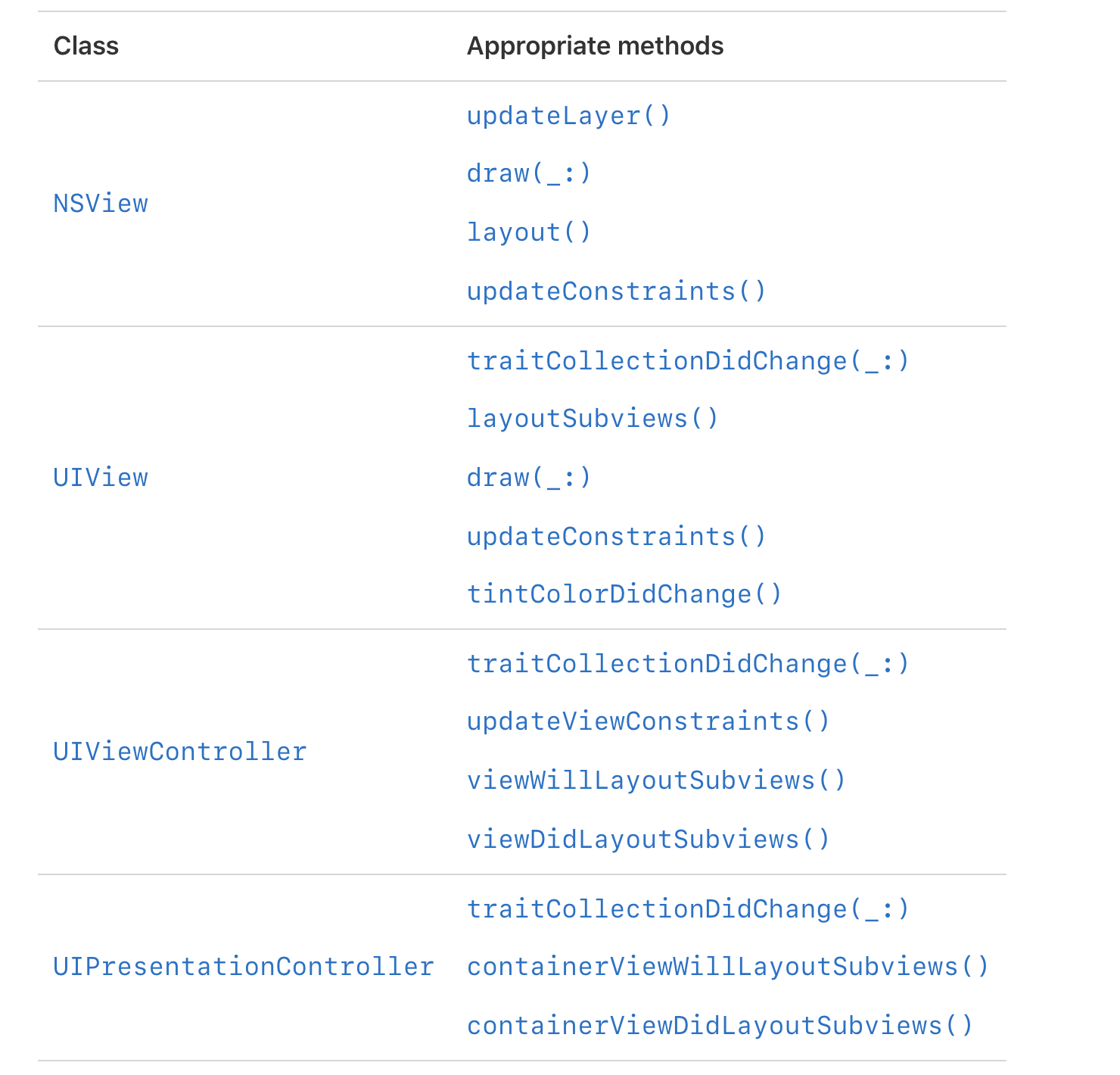 UIKit updates the value of this property before calling several well-known methods of UIView, UIViewController, and UIPresentationController. The trait collection contains a complete set of trait values describing the current environment, and does not include unspecified or unknown values.

UIKit stores the value for this property as a thread-local variable, so access to it is fast. Also, changing the traits on a nonmain thread does not affect the current traits on your app’s main thread.

Outside of popular UIKit methods#

When we access UIColor or its cgColor, iOS resolves it using current trait collection

If we want to use traitCollection other places, we can use performAsCurrent

When the cgColor property is accessed on a UIColor, iOS uses UITraitCollection.current to return a static color

You can call this method from any thread of your app.

We can also use resolvedColor to return the version of the current color that results from the specified traits.

Note that this is static, to be notified when appearance changes, we need to listen to traitCollectionDidChange

The system calls this method when the iOS interface environment changes. Implement this method in view controllers and views, according to your app’s needs, to respond to such changes. For example, you might adjust the layout of the subviews of a view controller when an iPhone is rotated from portrait to landscape orientation. The default implementation of this method is empty.

We run the app firstly in dark mode, then switch to light. We use a dynamic color that renders in yellow in dark mode, and blue in light mode. Here is the UI in light and dark mode. UIView can adapt its color because UITraitCollection is a UIView concept only. The UIView is told to redrawn upon trait collection changes. Remember: When the user changes the system appearance, the system automatically asks each window and view to redraw itself

Whereas the round CALayer keeps the same yellow color when we first launch the app in dark mode. 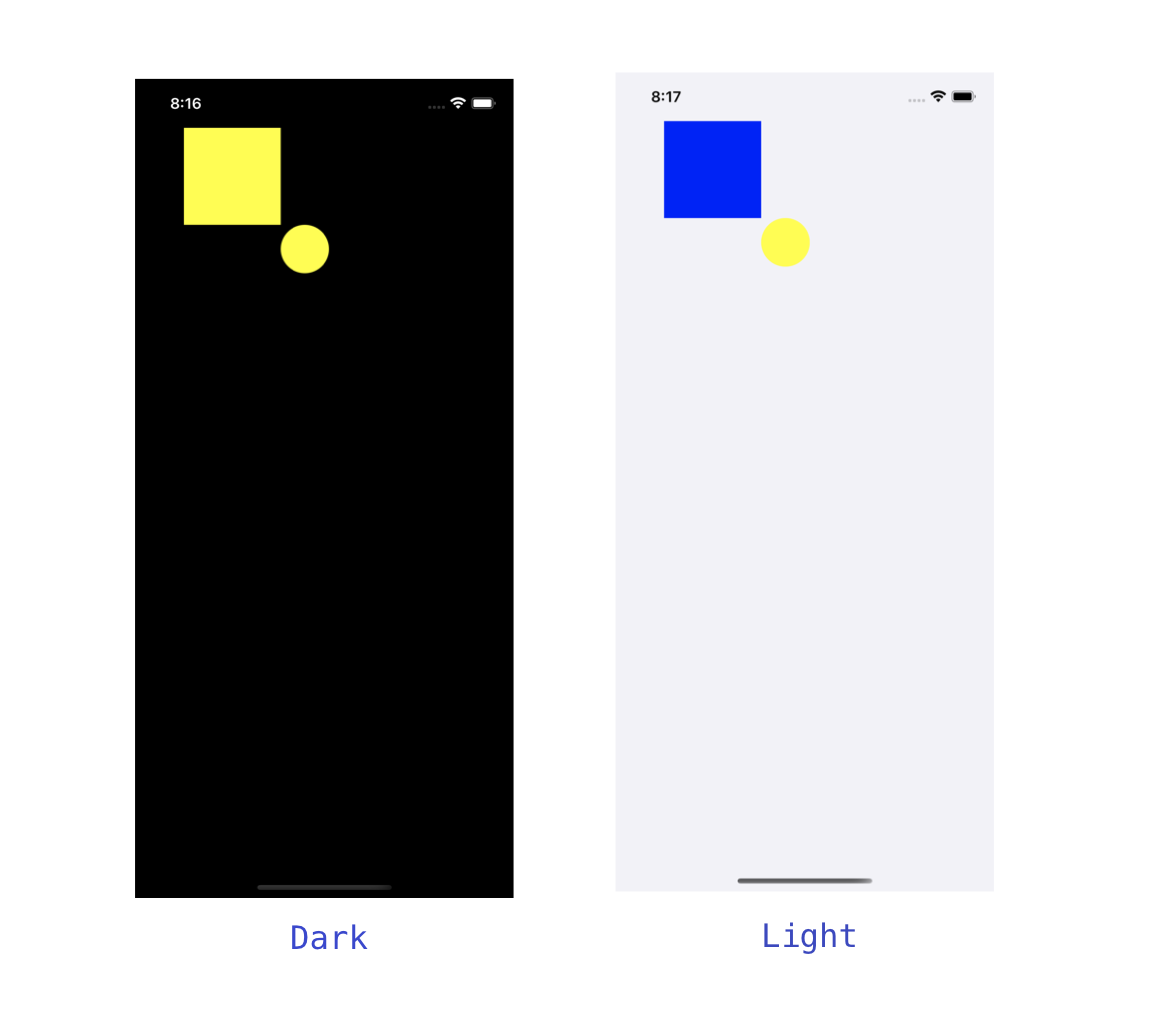 How to override trait collections#

From Override the Interface Style for a Window, View, or View Controller

Overriding the interface style affects other objects in your interface as follows: