This generic pattern is really common, so there’s a simpler way to express it. Instead of writing a type parameter explicitly, we can express this abstract type in terms of the protocol conformance by writing “some Animal”.

The “some” in “some Animal” indicates that there is a specific type that you’re working with. 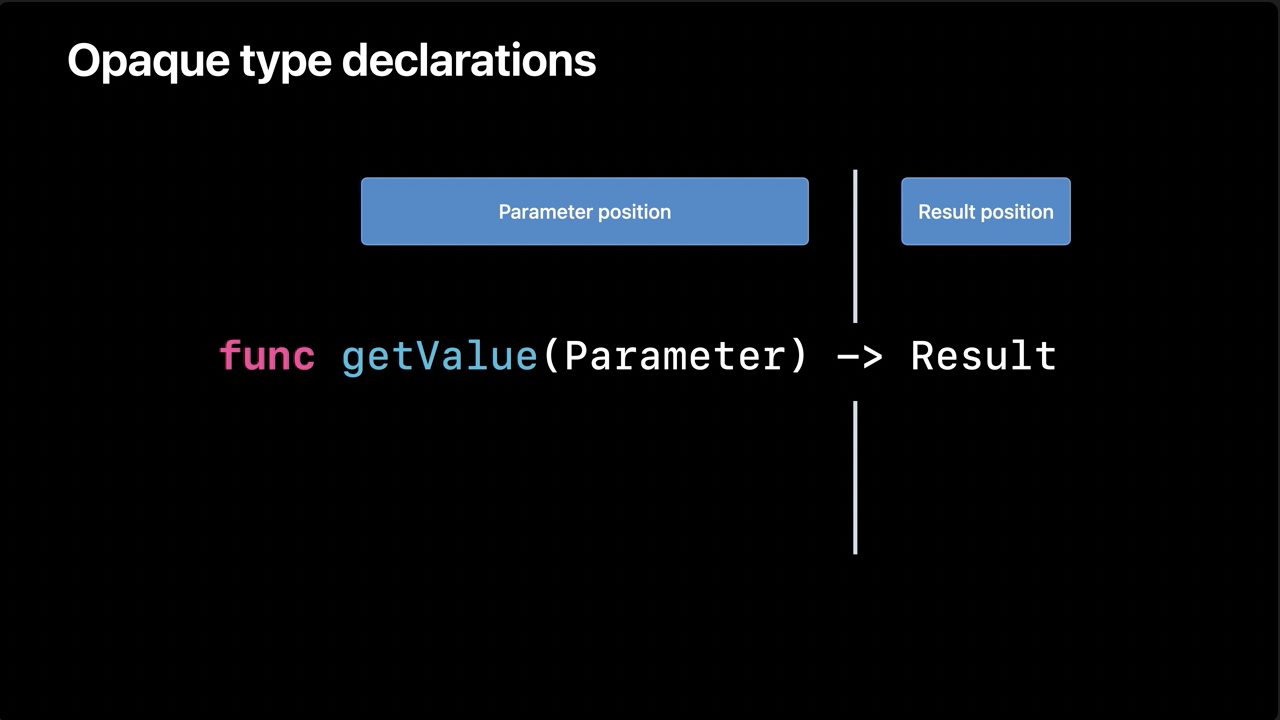 For an opaque SwiftUI view, the ViewBuilder DSL can transform control-flow statements to have the same underlying return type for each branch.

Sometimes, a value is small enough to fit inside the box directly. And other values are too large for the box, so the value has to be allocated elsewhere, and the box stores a pointer to that value. The static type any Animal that can dynamically store any concrete animal type is formally called an existential type. 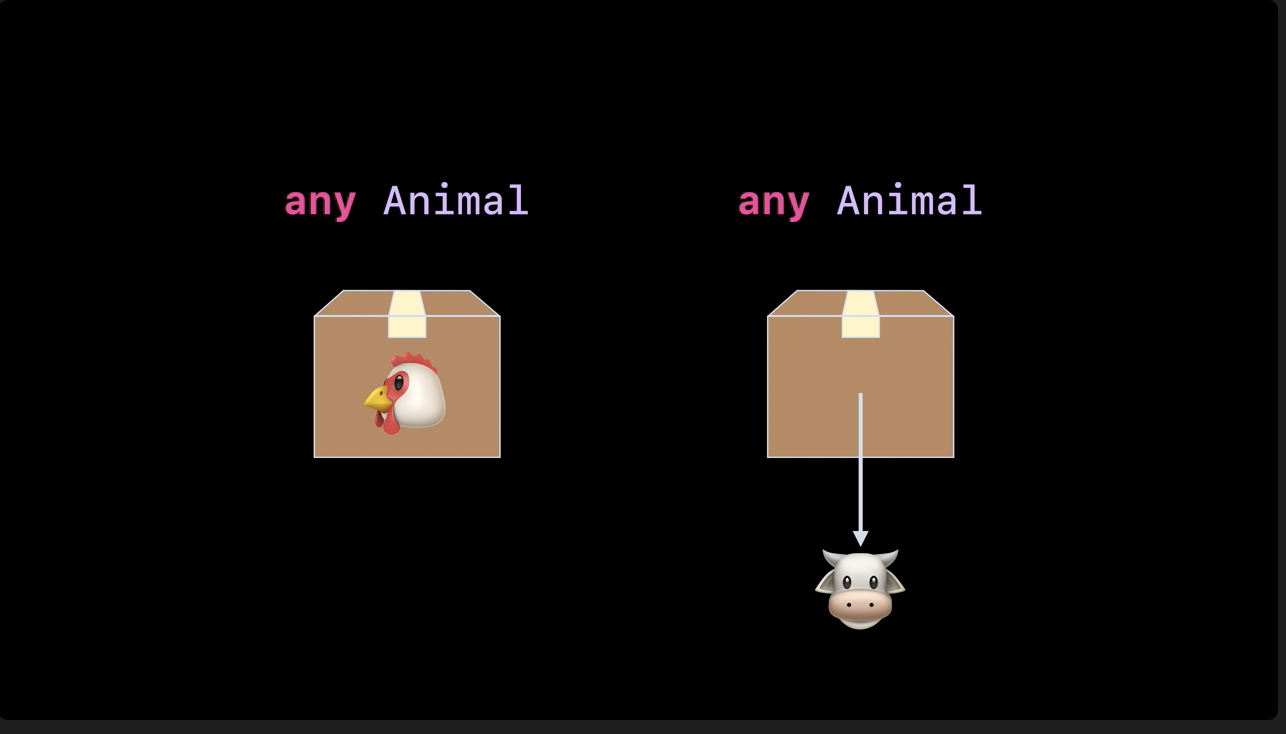 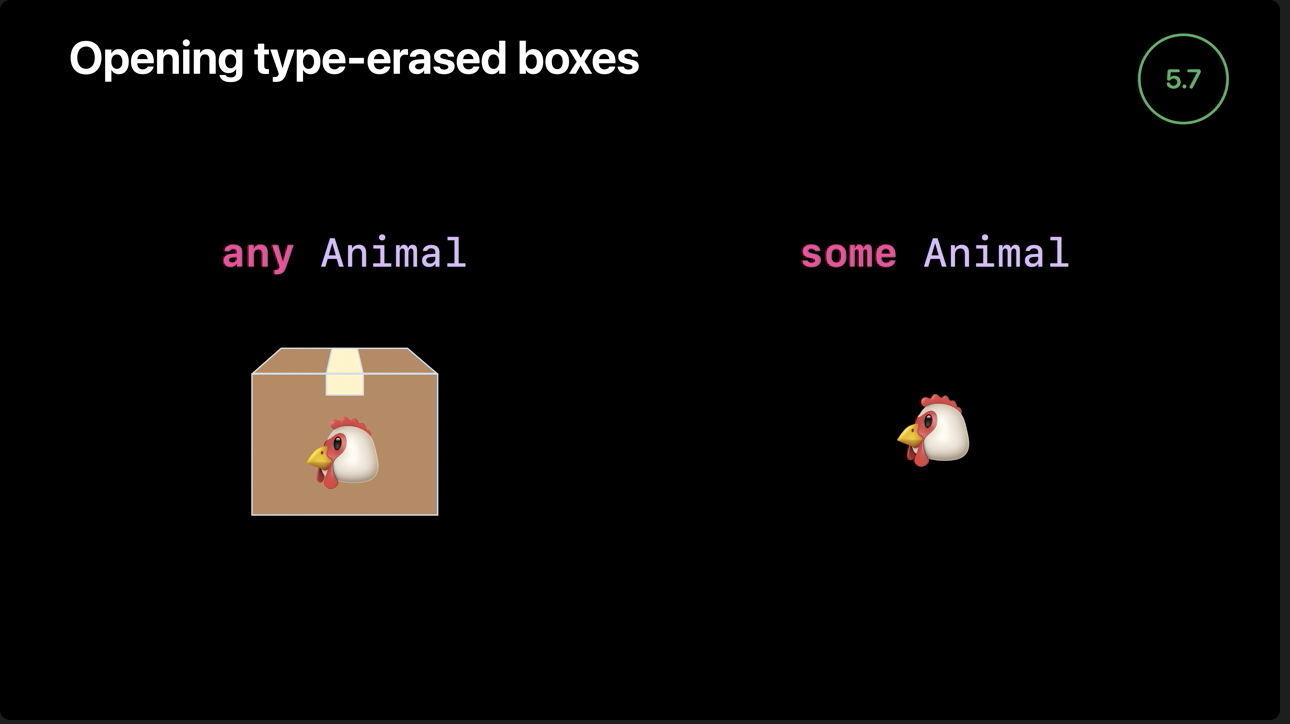 In general, write “some” by default, and change “some” to “any” when you know you need to store arbitrary values. 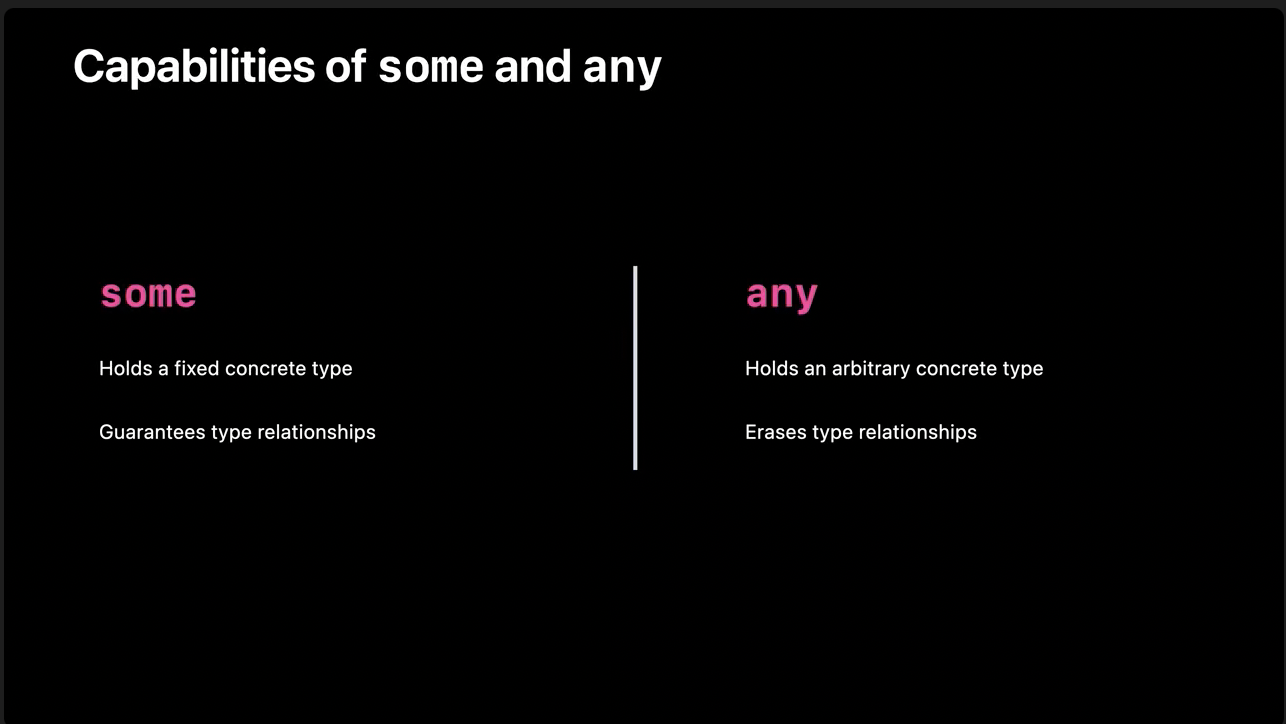 Use “any” when you need to store arbitrary concrete types. “any” provides type erasure, which allows you represent heterogeneous collections, represent the absence of an underlying type, using optionals, and make the abstraction an implementation detail. 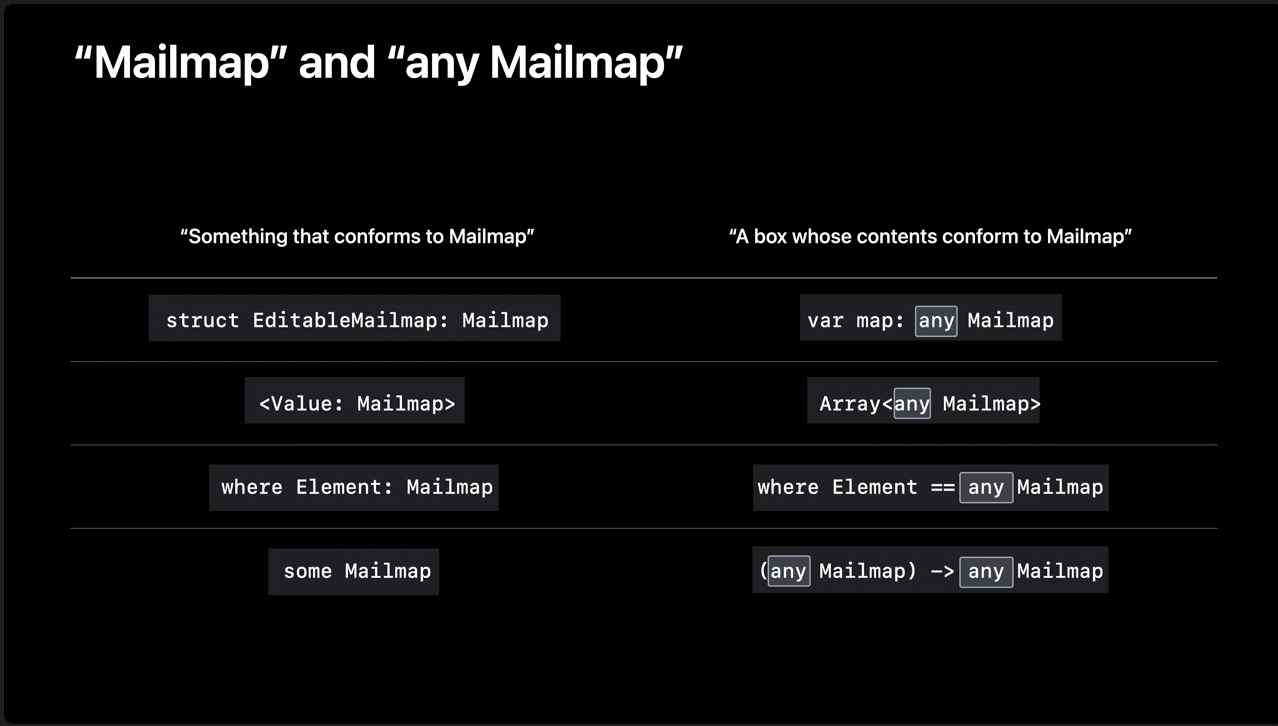 If a generic parameter is only used in one place, you can now write it with the some keyword as a shorthand.

Unlock existentials for all protocols#

From Swift 5.7 onwards, this code is allowed, and now the restrictions are pushed back to situations where you attempt to use the type in a place where Swift must actually enforce its restrictions

However, what we have gained is the ability to do runtime checks on our data to identify specifically what we’re working with. In the case of our mixed array, we could write this: